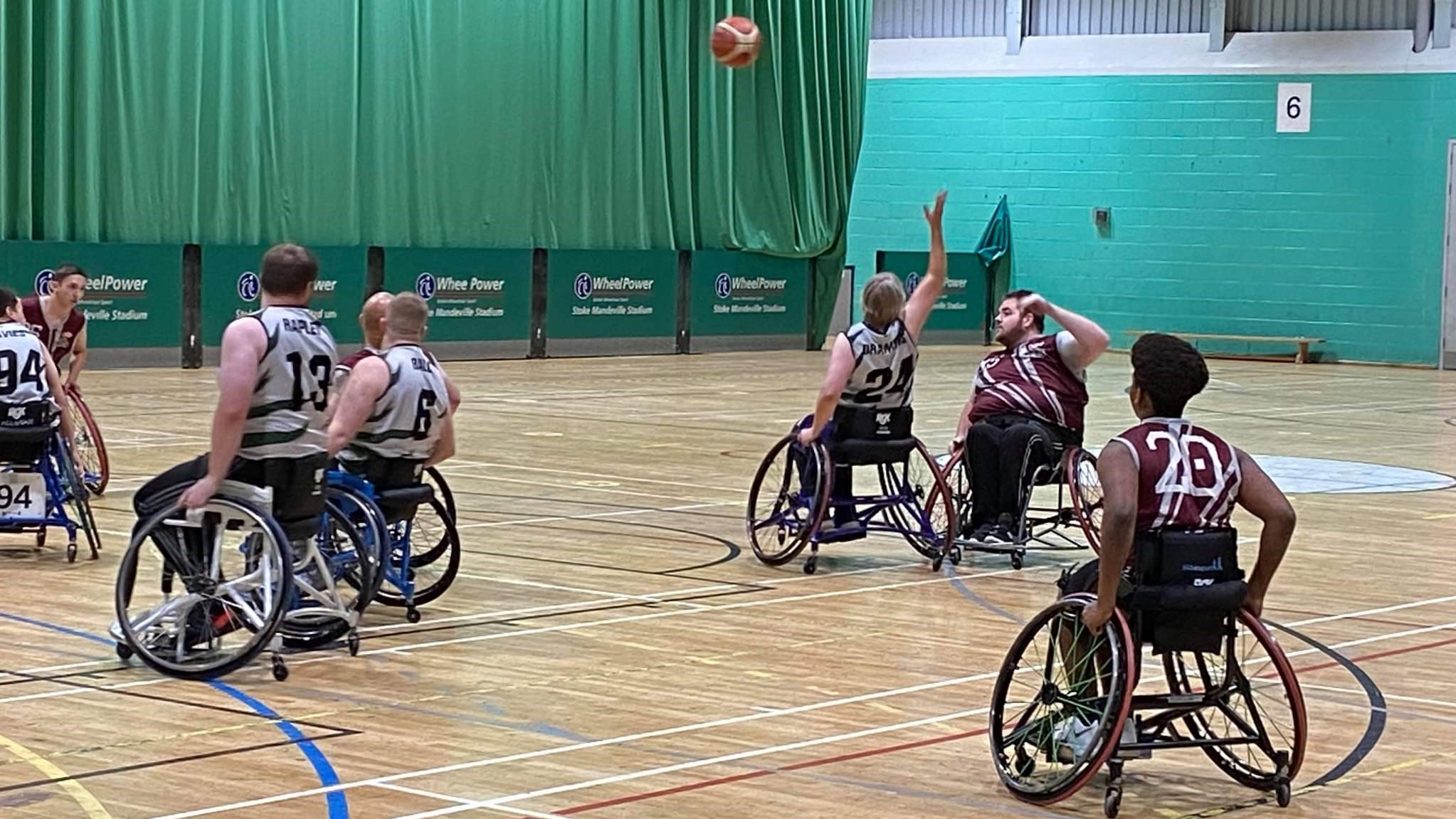 Thatcham-based Thames Valley Kings, the Wheelchair Basketball Club, were in action last Saturday, with the 3rd team up against Aylesbury Aces’ 2nd team. Kings took an early lead in the first quarter with 10 points to 2, then Aces slowly chipped away at the lead, coming within four points at one stage.  Kings regrouped in the final quarter and won 31 points to 25. Chris Nash was top-scorer for Kings with 12 points, and Peter Rapley was close behind scoring 10 points.

This weekend it’s the turn of the Junior Team to shine, as the British Wheelchair Basketball Junior League returns. The Junior League this season will consist of three pools, and the Kings have been drawn into a 4-team pool with Aces, London Titans, and Warwickshire Bears.  The best eight teams across the three pools will qualify for the Elite 8s event to be held at Nottingham’s Wildcats Arena on April 23rd next year. So this weekend Kings, Aces, and Titans battle it out in the first round of fixtures.

All three of Kings’ Senior Teams are also in action at home in the first weekend of November, facing respectively London Titans, London Titans’ 3rd team, and Windsor Monarchs in Division 3 South.

The club is a member of the British Wheelchair Basketball Association, and is the largest in the South, with over 60 active members. The club has existed since 2004 and play their home games at Kennet Leisure Centre, Thatcham.  Open Training usually occurs on a Saturday, with additional performance training throughout the week. open to anyone over the age of 8 regardless of ability or experience. Some training also takes place at the FBC Centre in Wokingham owing to the size of the club.

“We have players from Thatcham, Newbury and throughout Berkshire . We have a Paralympian as an Alumni (Kayla Bell who grew up in Thatcham) and many players on the GB Pathway in the future. Unlike other sports, we tend to have a much larger area to cover – if you take football or rugby for instance, where every town has a club, the nearest teams from us are thirty or so miles away (Swindon Shock to the West, Windsor Monarchs to the East for example).”

For more information on this exciting club, visit their website at www.berkshirewheelchairbasketball.co.uk  or check out their Facebook page here . 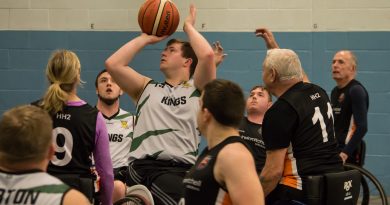 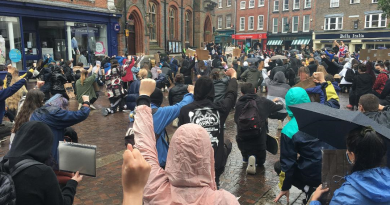