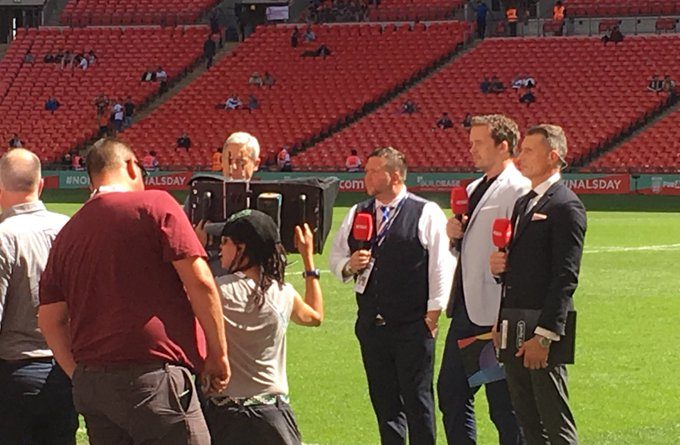 This afternoon it was announced that Thatcham Town FC’s manager, Danny Robinson, would be leaving the club.  Shortly after this announcement Danny was confirmed as the new manager of Hungerford Town FC.

Danny joined Thatcham Town FC in 2015 and the highlight of his managerial career was taking the team to Wembley for the FA Vase final in May 2018.

At just 21 Danny became manager at Alresford, winning the Hampshire cup.  Now 34, he has spent the last five seasons at our neighbours Thatcham, getting them promoted to Step 4 and was clearly on the brink of another promotion when their season was cruelly ended.

Patrick went on to say:

He has what it takes to develop a winning squad with a Wembley win on his CV as Thatcham lifted the FA vase in the 2017/18 season.Our players will relish the opportunity to work with him and his coaching staff and I am sure our supporters will give him a huge welcome when we are able to safely play again.I am really looking forward to working with him and am confident that he is a great fit for our club. Giving a young and upcoming manager a chance is also something that sits well with Hungerford Town and its policy of backing young players at this level. He is aware of the task ahead of us and isn’t phased by the clubs financial limitations.

It’s a real shame to see Danny go, he has done so much for the team as well as putting Thatcham on the map, I wish him well for the future.”

Never in my wildest dreams as a sports presenter did I ever think that I would have the chance to commentate at a live match at Wembley.  The whole day was magical, the whole team that went up on the day totally enjoyed every second of it.  I also know from speaking to many of the fans how much the FA Vase final meant to them and to the town of Thatcham.

In a statement on social media, Danny Robinson said,

I was truly blessed to be manager of my home town club and what a journey it has been.  There has not been a single moment that I haven’t enjoyed.  From when Eric & Gareth called me to come in I never thought I would love football even more than I did.  Eric believed in me, made me feel wanted and just wanted the best for me.  I really do owe him the world.  To get to work with Stuart who has been like a big brother to me and Sylvia a second Mum, I really cannot thank them enough for everything.  Everyone behind the scenes that work so hard from Karen & Wayne to the media boys.  Dave Melin also who came in last season as the new chairman, I have to say a massive thanks.

I have to thank the Blue Army that have supported me all the way through, the club is nothing without you and I am sure come what may you will get a new gaffer and give him the support I received.  The last thank you goes to every single player and staff member that has played for me and been with me.  You are the real heroes, the real reason why we have gone from 13th in the Hellenic League to top of the Southern League via Wembley.  I am nothing without you.  I will always be a supporter and always be part of the great history that we created.  Stay safe, love to you all and God bless.

It goes without saying that Kennet Radio’s Saturday Sport team will be closely following Danny’s move, as well as the appointment of a new manager at Thatcham. 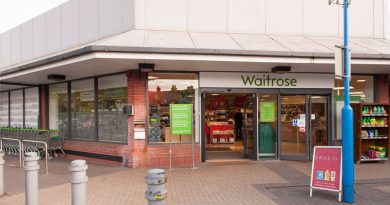 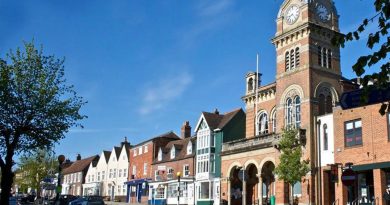