Last Sunday, the First Team of Newbury Ladies FC entertained AFC Bournemouth in a friendly fixture. With AFC Bournemouth pushing for promotion into the Southern Region Premier Division, which is where Newbury Ladies FC currently play, it would prove to be an interesting match-up. Newbury were not at their strongest however and were missing several key players. So it was no real surprise that it was the visitors who went onto the attack first, earning the games first corner and testing out the Newbury defence. The resulting shot from the corner, was blazed over the Newbury bar.

Newbury were then to test the Bournemouth keeper, after good work from Phoebe Gubb and Kirstyn Hanson. They combined to play in Gemma Burnett, who had cut into the box from the right. Her shot was on target, forcing a good save. But then in the tenth minute, Bournemouth were able to open the scoring, after a free kick was given away in a central position, 25 yards out. It was a direct set piece and it was perfectly executed by the Bournemouth captain, who’s dipping shot just snuck in under the bar for one nil.

It only took Newbury three minutes to find an equaliser however, when Ayala Truelove took the initiative to advance with the ball out of defence. A pass from Burnett was returned to Truelove, but her shot from the edge of the area was well blocked by a defender. The ball fell into the path of Gubb, who was in support and she struck left footed to find the bottom corner for 1-1. This was her first goal for the Club. Sadly for Newbury they did not stay on terms for long, as almost from the re-start Bournemouth broke forward. They attacked with speed through the middle and a low shot crept in to see Bournemouth regain the lead at 2-1.

As the half wore on, Carly Passfield in the Newbury goal, was by far the busier keeper. When a Bournemouth shot struck the base of the post, Passfield was required to save the follow up and she did so well. She made a number of saves as half time approached, but she was unable to prevent a third Bournemouth goal in the 38th minute. Newbury didn’t deal with a corner and the follow up shot was duly converted. 3-1 to the visitors the half time score.

After the break, Bournemouth continued to launch wave after wave of attacks, with Newbury’s players permanently penned in their own half. Just twelve minutes in and Bournemouth had extended their lead to 4-1. Again, Passfield pulled off a save, but the rebound was pounced upon and she was helpless to prevent the goal. Newbury reacted well and one break saw a Gubb shot well saved by the Bournemouth keeper. Gubb latched onto the loose ball, but the keeper recovered well to again claw away her second attempt and it was a fine double save to deny Gubb and Newbury.

Newbury were now playing with renewed vigour and this saw Burnett go on a very strong run down the right flank. She beat the full back and then showed good composure to wait for the support to arrive. This came in the shape of Gubb and she also remained calm, as Burnett rolled the ball into her path. Gubb switched the play to the other side of the box, where an unmarked Charlotte Atkins hit a first time shot that forced another excellent save from the Bournemouth keeper. But just one minute later and Bournemouth were back attacking down the other end of the pitch and they duly scored a fifth goal. With more than a quarter of the game still to play, Bournemouth now knew they were fully in control. Newbury’s Passfield continued to show her worth with a string of fine saves, two of which were excellent one-on-one opportunities that Passfield managed to foil, helping to keep the score-line down. But a sixth Bournemouth goal was added in the 84th minute and the match finished with Bournemouth taking a well-earned 6-1 victory.

Player of the Match for Newbury Ladies FC was without doubt, goalkeeper, Carly Passfield. Newbury Ladies First Team will be in friendly action again in two week’s time when they host Gloucestershire side, Frampton Ladies Rangers in an 11.30am kick off at the Donnington Recreation Ground. 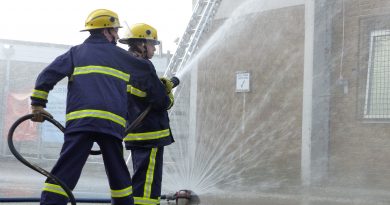 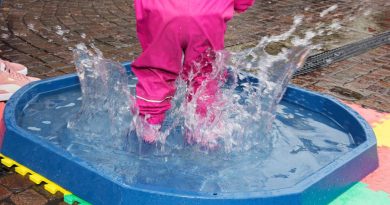 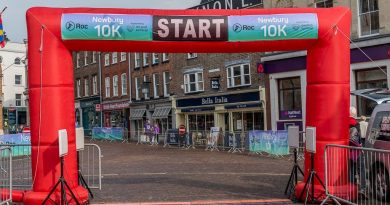