Thames Valley Police is appealing for witnesses to a robbery that occurred on Monday (16/7) at approximately ‪5.20pm‬ in the car park area between Pizza Hut and Kwik Fit in the Industrial Estate, Faraday Road, Newbury.

A 16-year-old boy was walking through the car park when he was approached by a group of 6 or 7 boys. One of them told the victim to hand over cash and produced a knife. After giving them his money, the victim tried to get away but was then punched by some of the group.

The boy sustained facial injuries and concussion. He attended Basingstoke Hospital and has since been discharged. He remembers very little from the moment he was punched to arriving at his doorstep.

The victim remembers a man who helped him to walk home after the incident. Officers are hoping to find this man and speak to him about what happened as well as anyone else who may have witnessed the incident. CCTV enquiries are still ongoing.

The suspects are described as 6 or 7 boys in their late teens. They were wearing balaclavas.

If you have any information which you think could help our investigation, please call the Thames Valley Police non-emergency number on 101 quoting reference ‪43180217122‬.

A Christmas Carol comes to the Watermill Theatre 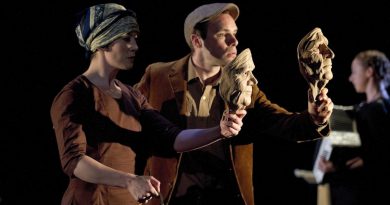