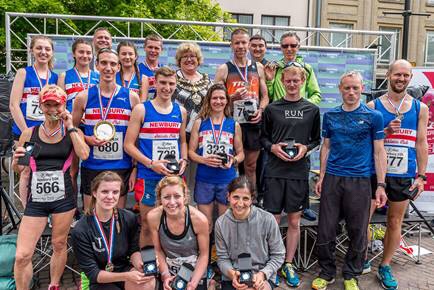 The Roc Newbury 10km race, supported by The Good Exchange, yielded a double win for Newbury Athletic Club, as its runners claimed a clean sweep of victories in both the men’s and women’s races and in the two team categories, the first time this has happened.  There were also wins for some of their juniors in their age categories, in the junior races.

A big crowd turned out to generate a noisy reception as they cheered home the winner of the 10km race, Callum O’Neill, of Newbury AC and Birmingham University Sports. He managed to pull away from the second placed man, James Baker (Chichester Runners  AC), in the last kilometre of the race after trading places with him in a head to head battle throughout the race.

It was third time lucky for O’Neill, who had previously finished 4th and 3rd in the race in 2015 and 2016, respectively.  He admitted to racing “on tired legs” after competing in a track 5,000 metre race only the day before.

“I’m very happy that I’ve come back and finally managed to get the win!” he said.  “This is a brilliant race – it’s a showcase for running in the town.  The atmosphere and the crowd were great – it was like a funnel of noise as we went through the town just past the halfway mark.  It’s so good to have the crowd there keeping you going.”

Meanwhile, there was double joy in the women’s race when Jessica Franklin, of Newbury AC, came home a clear winner, ahead of Nicci Clay (Newbury Buggy Runners).  Jessica’s win brought delight for her brother, Matt Franklin, who is is chief executive of Roc Technologies, the co-sponsor of the race.

“This is for my brother Matt!  It was a really tough race and I had no idea how far ahead I was so I’m really pleased!”  She was full of praise for Newbury AC for its role in encouraging athletics and putting the race together.  “This club really is the best and friendliest club you could possibly wish to be involved in.  It does such a great job of putting on so many activities for runners of all ages.”

As ever there were some extremely close fought finishes to the junior races, which preceded the 10km race. In the Under 11’s 0.9km race, Kirsten Fraser, of Team Kennet, beat all the other boys and girls to come home first, with Finlay Corcoran of Newbury AC snapping at her heels to finish a very close second.

In the Under 16s 1.5km race, George Ferguson (Newbury AC), took just a little over 5 minutes to sprint home ahead of Jacob Woods.

“I feel quite overwhelmed at what I’ve seen today.  It’s been a great atmosphere and community spirit, and it’s been quite moving to see the young wheelchair and assisted competitors complete the race, some of them helped by people from the race’s nominated charity,  PALS West Berkshire.  Overall we’re delighted with the turnout and it’s been very special to see my sister win the women’s race.”

Also enjoying the event was Julian May, head of Business Development for co-sponsor, The Good Exchange, who said:

“It was great to be part of such a brilliant community event. It was so inspiring watching people of all ages and abilities challenge themselves, many raising money for some really great causes. Congratulations to all the winners and to everyone who made this a memorable day.”

Overall, around 840 men, women and children competed in the junior races and the 10km event.  The races were officially started by the chairman of West Berkshire Council, Carol Jackson-Doerge and the Town Mayor of Newbury, Margo Payne, who both helped to hand out medals at the end, and to present the prizes to the winners.  They were joined by representatives of the race sponsors, Antonia Jenkinson, CFO, Roc Technologies, Julian May and Matt Franklin.

“I’m delighted that Roc Technologies and The Good Exchange have taken up the sponsorship following on from Bayer.  It’s been a great event for the community and a thoroughly enjoyable day.”

Every finisher was given a medal along with goody bags, sponsored by Newbury BID and Doves Farm, and there were prizes for the top three in the 10k race, with additional support from Nuffield Health, and Fyffes, the banana supplier.

“I’d like to thank the sponsors, Roc Technologies and The Good Exchange and the supporting companies for enabling us to put on this event.  Also a big thank you to the scores of volunteers – including the group from our nominated charity, PALS West Berkshire – who have been marshalling all morning and helping to set the race up.  We could not do it without them!” 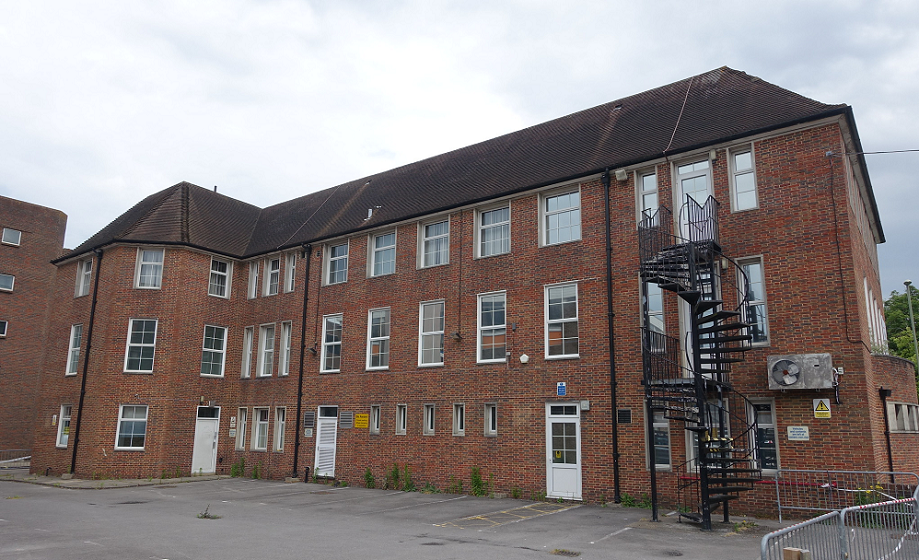