Vodafone has announced a multi-year partnership with Wimbledon as Official Connectivity Partner of The Championships and The All England Lawn Tennis & Croquet Club.

Throughout the partnership, Vodafone will use its world-leading connectivity and the power of 5G to help enhance the Wimbledon experience for fans. Vodafone will use the latest in Augmented Reality, Virtual Reality, 360, haptic and IoT technology to inspire fans and bring them closer to the action.

Vodafone is also working with the AELTC and the LTA to develop a new competition for grassroots players, with more details to be announced soon.

Vodafone will work with British tennis stars Tim Henman and Laura Robson to support the partnership. They will draw on their extensive experience playing at the highest level to inspire people to reconnect with the sport and bring tennis to life for current and future fans.

Max Taylor, Vodafone Consumer Director, said: “There is a huge buzz around British tennis and Wimbledon is set once again to be a high point of the summer. We want to build on this momentum long-term by helping people get involved in the sport.

“This is a fantastic opportunity for us to use our connectivity to deliver a world-class experience for fans both on and off the court.

“We can’t wait to get involved.”

Laura Robson, former British Number One and Wimbledon Junior champion, said: “British tennis is going from strength to strength right now, and it’s so exciting to see where we could end up. I’m delighted to be teaming up with Vodafone to help encourage as many people as possible to pick up a racket.”

Gus Henderson, Commercial Director of the AELTC, said: “We are thrilled to welcome Vodafone as the Official Connectivity Partner of The Championships. We are looking forward to seeing how Vodafone will create unique experiences to bring our fans even closer to the action at Wimbledon this summer.

“It is also very exciting to have a partner who shares our aim of promoting tennis to an even wider audience.”

The announcement builds on Vodafone’s key role as Lead Partner for the British & Irish Lions for its South Africa 2021 Tour and kicks off an exciting series of partnerships for the years ahead. 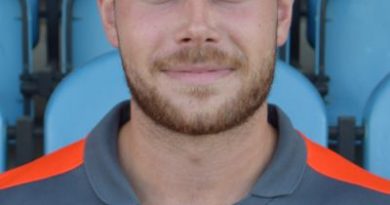 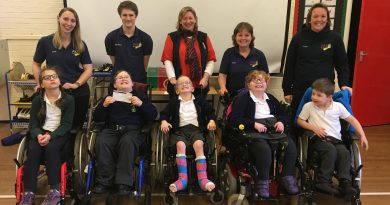 Do you know a Community Champion?